Perhaps you have already read the obituary for Nola the White Rhino (41) who recently died at the San Diego Zoo. She had arthritis and a painful bacterial infection, was a major park attraction and loved having her back scratched. Today only three white rhinos remain in the world.

The climate change conference in Paris has opened and millions of people across the globe are marching for a cleaner environment and protection for the animals and plants that share our home with us. I don’t need to reiterate all the reasons why we need to quickly transform our energy consumption into lives that gently walk on this planet. Unless we change along with the climate, our world is headed to become a silent and empty place. Like all animals on this planet, Nola has something unique to teach us about being more fully human. 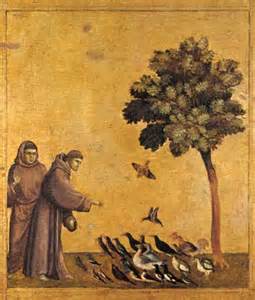 Saint Francis preaching to the birds.

Saint Francis of Assisi understood that by loving creatures, great and small, we learn more about God’s love for all of creation, including ourselves. The ascetic and mystic lived in the 13th century with a small group of like-minded followers, and together they were dedicated to helping lepers, the poor, and outcasts. They built themselves huts of branches and twigs to sleep in, wandered in pairs over the Umbrian countryside, dressed in the ordinary cloths of the peasants, and worked in the fields to earn their daily bread.

Francis is celebrated for his constant joy. He encouraged his brothers to sing, and recently while in Assisi, I stood outside the door of a small chapel where a young monk was doing just that. Francis’ love of nature included not just the animals but the inanimate world as well. He called all creatures his “brothers” and “sisters,” including the Sun and the Moon. Giotto famously painted Francis preaching to the birds who were not afraid to come near him.

During his last illness he was cauterized, and on seeing the burning iron he addressed it as “Brother Fire,” reminding the Fire how he had always loved him and asking him to deal kindly with him. While gentle with others, Francis wore out his own body through self-denial, yet came to understand his error. Before dying, he begged forgiveness from “Brother Donkey the body” for his ill-treatment.

We can evoke his profound reverence for all creatures and things of this Earth through his poem “Praises for the Creatures,” composed in 1224. For those of us who are watching Paris from afar, this is one spiritual way to show our solidarity with the protesters’ good will and our own intentions.

One way to work with this poem is to read, reflect, meditate, sing, and/or draw one verse every day. For example, the first verse praises Brother Sun. The sun is a symbolic image that Assagioli often used to evoke the Higher Self, and we see this idea reflected in Francis’ words:

“And he (Brother Sun) is beautiful and radiant in all his splendor!
Of You, Most High, he bears the likeness.”

From a psychosynthesis perspective, the authentic personality or “I” – that quiet still place where we are truly ourselves – is also a beautiful, radiant, and pale reflection in the likeness of the Higher Self.

Take your time to feel this prayer in your heart and soul. Just imagine! It has been sung for centuries. Know that your voice is joining millions of others, past and present (including St. Francis), to manifest the love and will needed to joyously create a sustainable collective future on Earth. 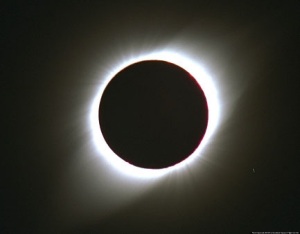 Canticle to the Creatures

Be praised, my Lord, through all Your creatures,
especially through my lord Brother Sun,
who brings the day; and You give light through him.
And he is beautiful and radiant in all his splendor!
Of You, Most High, he bears the likeness.

Be praised, my Lord, through Sister Moon and the stars;
in the heavens You have made them bright, precious and beautiful.

Be praised, my Lord, through Brothers Wind and Air,
and clouds and storms, and all the weather,
through which You give Your creatures sustenance.

Be praised, my Lord, through Sister Water;
she is very useful, and humble, and precious, and pure.

Be praised, my Lord, through Brother Fire,
through whom You brighten the night.
He is beautiful and cheerful, and powerful and strong.

Be praised, my Lord, through our sister Mother Earth,
who feeds us and rules us,
and produces various fruits with colored flowers and herbs.

Be praised, my Lord, through our sister Bodily Death,
from whose embrace no living person can escape.
Happy those who endure in peace,
for by You, Most High, they will be crowned.

Praise and bless my Lord, and give thanks,
and serve Him with great humility.

(The Canticle has been slightly adapted.)

Join us for a special St. Francis Piligrimage in 2016.