Let’s talk about sex. The sexual instinct that is… Lately, the media has been giving it a bad rap. Every day there is another report of a woman being assaulted by a Hollywood mongrel, fellow actor, news anchorman, US president, or fashion photographer. This is not new news. Nearly every woman has encountered this type of aggressive behavior (in various degrees) during her lifetime. I still do, even at the age of 62!

Come on guys, grow up! Sublimate and transmute already!

Let’s talk about sexual energy from a psychosynthesis point of view. Assagioli did more than 100 years ago in his article “The Transformation and Sublimation of Sexual Energy.” First, I want to say that this is mainly a male problem. For some mysterious reason, men have more difficulty holding sexual tension. This is a general fact. There are, of course, exceptions… END_OF_DOCUMENT_TOKEN_TO_BE_REPLACED

One could not help but be horrified by the images last week of Dr. David Dao being violently dragged off United Airlines overbooked flight to make way for a crew member. His forcible abuse and maltreatment by the three policemen ended up with him suffering a concussion, broken nose and the loss of two front teeth. Dr. Dao only wanted to go home to see his patients the next morning.

Since the release of the videos made by fellow passengers, responsibility for this incident has been placed on a number of different people.

END_OF_DOCUMENT_TOKEN_TO_BE_REPLACED

Palestinians and international activists use make-shift bridges to cross the separation wall between Qalandiya and Jerusalem, November 14, 2014. (Photo by Oren Ziv/Activestills.org)

There’s a lot of talk about walls lately. They seem to be going up everywhere.

In Hungry, refugees are cutting through and climbing over the 4-meter high barbed wire fence that extends along the Serbian border for 110 miles. British Prime Minister Cameron has recently received EU approval to control Britain’s own borders. And Israel’s prime minister Netanyahu announced this month his intention to “surround all of Israel with a fence” to protect the country from infiltration by both Palestinians, whom he described as “wild beasts.”

Perhaps the best known wall-builder today is the U.S. political candidate Donald Trump. On numerous occasions, he has boasted about building a wall along the Texas-Mexican border and “getting the Mexicans to pay for it.” Recently, however, he was firmly, but indirectly, admonished by Pope Francis during his visit to Mexico. The Pope said:

“Anyone who thinks about building walls … and not building bridges, is not a Christian.” 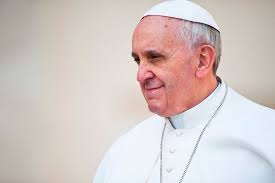 What struck me is that Pope Francis seemed to say that a Christian builds bridges AND walls. He did not denounce the walls, but simply added the bridges.

But this simple addition actually requires us to perform an extremely difficult, but necessary act of love and will.