The Journey of the Three Magi. Postcard from Assagioli’s Archives (ID# 010305)

Today is Epiphany, a celebration of when the three Magi, traveling from the far East in search of the Divine Child, finally find him and offer him gifts. Driven by desire, their search ends in Revelation.

Desire. It is a word that can evoke so many different images and feelings. Assagioli saw desire as an integral part of our psychological functioning, along with sensation, emotion, imagination, thought, and will. “Everyone is moved by a desire of some kind,” Assagioli said, “from sensual pleasures to the most idealistic aspirations.”

Assagioli’s Star Diagram depicting the personal self and will in relationship to our six psychological functions.

In fact, the etymology of the word desire fundamentally holds the idea of a higher or transpersonal will.  I was amazed to learn, not so long ago, that the word comes from the Latin roots dē, which means to “come from” and sīdus which means “heavenly body.” In other words, our longings literally “come from the heavens.” This idea may have originated from astrology, which attempts to understand how the heavenly bodies – stars and planets alike – can define who we are and what we want to become.

It seems to me that the journey of the three Wise Men beautifully captures the nuance held in this word. Their desire to find, exalt, and pay homage to the Prince of Peace came from and was guided by a unique and brilliant heavenly body, a bright star in the desert sky. Their deep inner desire driven by their personal will prompted them to caravan long distances across dangerous, foreign lands.

When God’s Will and Our Will Align

Assagioli’s note: Will. The higher transpersonal will. “Will not to will personally!”

But the Magi were not only acting from their personal will. Their personal will was also aligned with the will of the Higher Self as well as to each other’s will. A sign of this alignment appeared as a bright star, which lead them to Bethlehem where the Child whom they sought was born. Their journey is clearly an example of how the will of the “I” and the will of the Self can be deeply connected and work in tandem, not only in ourselves alone but also in relationship with others.

In psychosynthesis terms, these Wise Men had personal desires which were aligned with higher spiritual energies, and perhaps even more importantly – their alignment toward this spiritual goal was together as a group. In this way, the Magi encompass the ideal of spiritual communal psychosynthesis.

When Our Desires are only Ours

The Magi show us how our desires can actively propel us towards creative spiritual goals. However, as Assagioli points out, usually our desires are banal and selfish, driving us to unbridled self-assertion or excessive sensuality. This kind of desire appears in King Herod. He too longs to locate the Child, but not with the hope of paying him homage. His personal will is to destroy the threat of a competitor king in the fear of losing personal power.

Herod and the Magi

We see clearly how Herod’s personal will is not connected at all with the Higher Self. Herod never looks to the Star. He never even sees the Star. Instead, he uses only rational thought, turning to the priests and scribes to see if they have any idea where the Child is to be born.

These “learned” men cite from the prophecies that the birthplace is Bethlehem. And then Herod boldly lies in an attempt to manipulate the Three Kings. Privately summoning them, he sends them onto Bethlehem, telling them to “Go and find out all about the Child, and when you have found him, let me know, so that I too may go and pay him homage.” 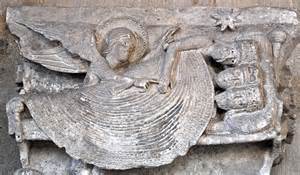 Once the Magi leave Herod, they see the Star again and ultimately find Jesus. But the Higher Self appears, not only through heavenly bodies, but also in our intuition and dreams. After finding the Child and offering their gifts, the Wise Men are warned by an angel in their dreams not to return to King Herod, but to return home by another road. When Herod learns of their surreptitious departure, he is furious and decrees that all male infants must be indiscriminately killed, hoping that the Child will be among them. Meanwhile, an angel appears to Joseph in his sleep, telling him to leave immediately with Mary and Jesus to Egypt. The three become refugees and are spared from the experience of the slaughter.

What is God’s Will? What is my Will?

The Christmas story holds clues to these questions: What is God’s will? What is my will? And when are they the same? The will of God always appears as transpersonal experiences in our personal lives while we are trying to achieve what we desire. We have only to recognize and see the bright stars, hear the angels, and read the dreams in our lives. In other words, like the Magi, when we take action to fulfill our desires and we experience signs in the form of symbols, synchronistic events, or actual transpersonal experiences, we know that our desires match those of the Higher Self. And that our journey has the potential to bring us to a life-changing revelation.