Yesterday I met Lucia for the first time. She is a 7-month old solid soul who has nothing but gurgling smiles for the world. Between bites of chocolate ice cream, her mother became quietly despondent. “Hasn’t the news been terrible lately?” she asked.

END_OF_DOCUMENT_TOKEN_TO_BE_REPLACED

Seventy-five years ago on November 30th, a young Dutch Jewish intellect died at Auschwitz-Birkenau. Her legacy of love and reconciliation, as described in her ten diary notebooks and the many letters that she wrote, continues to inspire people around the world. Etty Hillesum (1914-1943) was only 29 years old when she died, but during her short lifespan she managed to live a life of contemplative spirituality and practice in a world that seemed to be falling to pieces around her.

Hillesum grew up in a non-religious home of intellectuals. Her parents were both teachers – her father taught the classics and her mother Russian literature. Hillesum had two younger brothers, both very talented but mentally unstable. She describes having grown up in a “chaotic and sad situation … a madhouse where no human being can flourish.” END_OF_DOCUMENT_TOKEN_TO_BE_REPLACED

Roberto Assagioli’s “prison diary” Freedom in Jail is an autobiographical account of the month he spent in prison under the fascist regime in 1940. His conclusion is entitled “A Hymn to Inner Freedom” where he writes about every man and woman’s power to inwardly free themselves.

One does not need to be incarcerated to feel imprisoned. Part of the human condition, at different points in our lives, is to find ourselves enslaved by some uncontrollable situation to which we feel bound. Freedom in Jail shows us that no matter what our condition – be it catastrophe, ill health, old age, and even pending death – we always remain free and responsible for choosing how we actively accept the situation and what attitude we take. The mystery is that these circumstances can also lead us to our Higher Self.

Assagioli’s note: “Remember Viktor Frankl. Think of all those who are in jail,…” (Archivio Assagioli, Firenze, © Istituto di Psiconsintesi).

END_OF_DOCUMENT_TOKEN_TO_BE_REPLACED 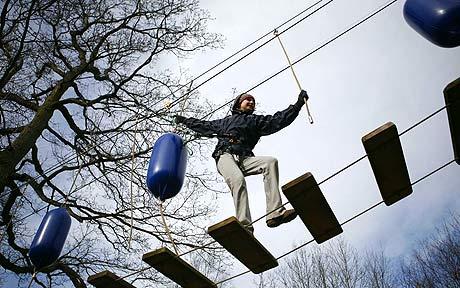 Are you like Ava and afraid of falling? Then try to fall!

Ava came to see me because she had been suffering with extreme vertigo for the past three years. Uncompensated labyrintis occurs when the inner ear becomes damaged and does not heal after eight weeks. Basically, the brain must then relearn how to correct the faulty signals that are coming from the sufferer’s damaged inner ear. Until then, you can experience dizziness, imbalance, and fatigue.

Ava’s brain was taking a long time to learn how to reinterpret the signals coming from her inner ear. Hence her continual bouts of vertigo which were unpredictable and could last for days. The strange part is that dizziness is actually part of the healing process as it shows that your brain is trying to correct the faulty signals.

Despite all this, Ava kept insisting that her life, in general, was happy and that she was happy. But still there were things she missed doing like skiing and dancing. Ava (30) was married and also wanted to start having children, but she was constantly afraid of falling down and didn’t dare have a baby for fear of falling while carrying the child.

Underneath her presenting issue of vertigo, however, was another story. When Ava was 18 and just beginning university, 200 km away from home, one morning, she spoke to her mother on the phone. Later that day she received a call that her mother had died in a car accident. This tragedy was particular difficult for her for many reasons, not to mention, the accident being so unexpected and her mother’s death so sudden. Ava was an only child. And finding herself far from home, without any real friends at the new school, she had no one to go to for immediate comfort.