This weekend, many Italians are traveling to village cemeteries to pay homage to their ancestors. The Catholic feast of All Saints Day on November 1st is a national holiday followed by All Soul’s Day. It is a time for the living to ritually remember the dead – both saint and sinner alike. In preparation, the (mostly older) women are scrubbing tombstones clean and buying votive candles and pots of chrysanthemums to decorate the graves of loved ones. Coinciding with the beginning of darker days and longer nights, this time allows us to pause and consider our own life and death.

The two days devoted to honoring the dead correspond agriculturally to when Umbrian farmers seed their fields. They are also busy burying onion bulbs and garlic cloves with the hope of enjoying sweet shoots in the spring. There is a local saying among our neighbors that All Saint’s Day marks the planting of fava beans. In fact, eating fava beans was once thought to be a way to be in communion with the dead. The bean flower is white with black markings that take the form of the Greek letter thet or θ, which is the first letter of thanatos, meaning ‘death’.

Last year’s giorno dei morti, I decided to walk the two kilometers into town to attend the morning mass. On the way, Rocky, my neighbor’s dog, decided to follow me. Despite my shooing and yelling “A casa! (Go home!)”, Rocky stuck by my side. Exasperated, at one point I threw stones (not at the poor creature, but in the vicinity and only to emphasize my point), but to no avail. Rocky dashed away, up and around a ploughed field, only to return to my side with a broad grin and wagging tail.

I soon gave up and we journeyed together into our village. I figured once we arrived, Rocky would just wait outside the church, become bored and go quietly home. But he had other ideas! Rocky trotted right behind me into church and took a seat at my feet. I was mortified! In our Umbrian village, dogs are dogs and people are people. Half the men are hunters and have teams of dogs, locked in cages all week, only to emerge half-crazed with pent-up frustration for a morning hunt. Dogs do not enter people’s homes, never mind the Church of the Assumption of the Virgin Mary!

Scooping Rocky into my arms, I promptly carried him outside. “He’s not mine. He’s not mine.” I meekly defended myself to all the heads turned our way.

But as I turned to go back inside, Rocky was right behind me! The mass had started and Don Stefano was in the midst of the opening prayer. Again, I made my apologies and lugged Rocky back outside. The church was starting to fill up. Attendance was higher than usual because of the families that were visiting for the holy day of remembrance.

“A casa Rocky! A casa!” I futilely commanded once we were outside, pointing in the direction of his home. “A casa!” Before I realized, Dario, one of the local men who hunts, brutally gave Rocky two hard kicks on his side. The dog whined and bolted down the street. Hoping that he would now go home, I went back inside. But Rocky, bless his soul, soon returned. He once more entered the church, found me among the crowd, and took his seat at my feet.

To my surprise, people were starting to whisper, “Leave him. Let him stay.” And then Don Stefano stopped in the middle of the mass and said: “Look at this povera bestia (poor beast). He has tried three times to enter the church and come to mass. He is a good example for all of us. How many people refuse to enter the church? How many people stand outside or stay home and watch football? Let the dog stay as an example to us all.”

The service continued and Rocky lay still. All the while, I was busy with how we might make our escape. By the time the homily rolled around, I had my plan. Knowing that Rocky would follow me up to the altar when I went for holy communion, I figured that I would go last and then turn and lead him out the door. Perfect!

The time came and I waited to be the last to receive communion. Sure enough, Rocky was right behind me, tag wagging down the aisle for communion! But when I turned around, I saw that, to my horror, the church was packed. Worshipers were standing three-deep and blocking the one and only exit. Approaching the door, I wondered what to do. Meanwhile, Rocky had not followed me, but had quietly returned to our pew! I had no choice but to follow and join him until the end of the service.

After the mass, people were laughing and teasing me. “You tried to escape right after communion, but Rocky knew better! He knew to wait until the end of the mass before leaving.” There was no arguing with this. Rocky did know better.

Suddenly I realized that it was not just a coincidence that Rocky had followed me to church that day (something that he had never done before and has never done since). I realized with wonder that Rocky had come to pray for all the animal souls. Since 1970, we humans have killed 60% of the world’s animal populations, 83% of all mammals. Everyday 200 species go extinct. Somebody needs to acknowledge this profound loss in prayer. And who better than a fellow animal creature like our beautiful Rocky? 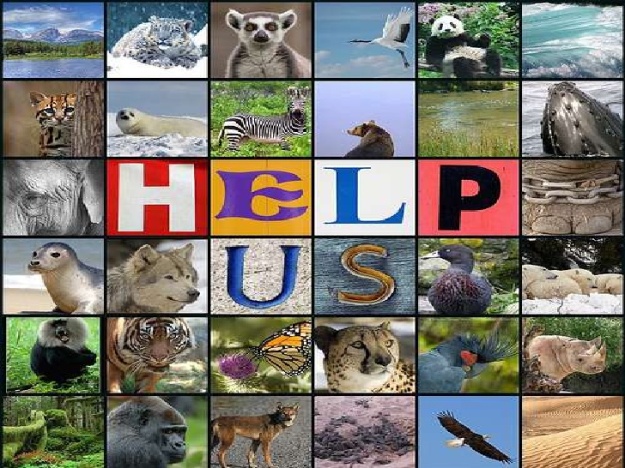 More than 45 years ago, Assagioli recognized our need to draw on Saint Francis’ inspiration to cultivate “harmonious relations with the environment.” He believed that our love should not be “limited to the members of the human family,” but be an all-inclusive embrace of “all living things in the animal and vegetable kingdom of nature.” Assagioli also acknowledged our vital spiritual dependence on the animals with whom we share this Earth, when he wrote in 1913:

“Science refuses to let go of the presumption that only humans are ‘wise.’ By humbly lowering ourselves and asking those inferior beings, we might understand the obscure message coming from the human soul. We might more easily raise the grand veil of mystery by another small margin.” 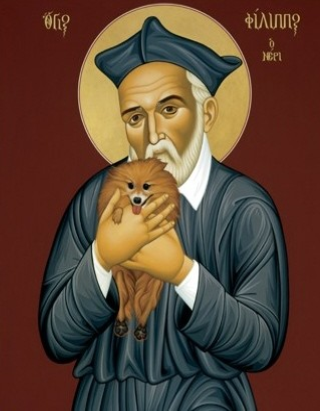 Saint Philip Neri and his dog.

Isabelle Bagdasarianz Küng, a student of Assagioli’s and pioneer teacher of psychosynthesis, recounted a story about her time when she was staying with the Assagiolis in Florence. Every day (except Sundays) at noon, Roberto and Nella Assagioli, together with Ida Palombi and anyone else present would gather in his studio for meditation. Isabelle remembered how the maid’s dog would often sneak into the study precisely at this hour. Upon entry, the dog would take its place between the sofa and desk.

Nella would often chase the dog out, but, like Rocky, it would refuse to leave, scratching the closed door and demanding to be let in. And like Rocky, the creature was eventually allowed to stay.

During the meditation, the dog would never make a move – not even twitch its ears. Isabelle recalls that Assagioli would jokingly say, “You see, the animal kingdom feels the attraction of the spiritual dimension.”

Many thanks to Isabelle Bagdasarianz Küng for letting me share this story.

P.S. Click here to celebrate the saints who loved animals.