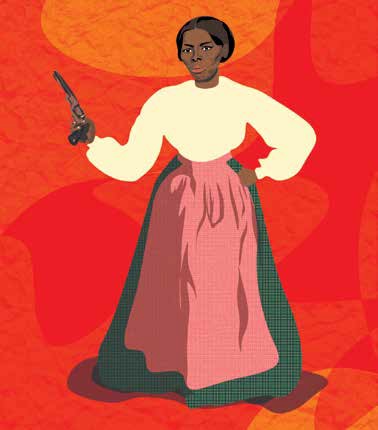 In the USA, February is Black History Month, and I would like to take advantage of this extra last day in February to celebrate Harriet Tubman. Tubman (1821-1913) is famous for being an escaped slave who became one of the most successful conductors on the Underground Railway. She helped lead 60 to 70 fellow slaves into freedom, risking her life 13 times as she clandestinely traveled from the Northern states down to Maryland and back again, ultimately arriving to Canada with her people.

But Tubman was even more than a courageous abolitionist. During the Civil War, she worked as a cook and nurse. She then became an armed scout and spy and was the first woman to lead an armed raid in the war, successfully liberating more than 700 slaves in Combahee Ferry, South Carolina. After the war, she was active in the woman’s suffrage movement and established a home for the care of elderly African Americans, where she died of pneumonia. Just before she died, she told those in the room: “I go to prepare a place for you.”

Tubman’s route along the Underground Railway.

Her final words showed her great faith and profound connection to God. From a psychosynthesis perspective, perhaps this is what fascinated me most about Tubman. Throughout her entire life, Tubman had visions. These intuitions kept her ahead of lurking slave catchers as she led her family members and strangers though swamps, woods, and mountains at night during harsh winters. She carried a pistol, not only to protect them from slave catchers and their dogs, but often the group would encounter wolves, coyotes, and copperhead snakes. Sometimes Tubman would disguise herself as an old woman or man and suddenly come face-to-face with former owners. But always, she relied on her visions. 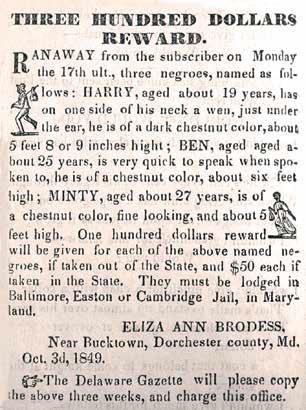 She spoke of “consulting with God” and trusted that he would keep her safe. Her faith in the divine also provided immediate guidance. She used spirituals as coded messages, warning fellow travelers of danger or to signal a clear path. She sang versions of “Go Down Moses” and changed the lyrics to indicate that it was either safe or too dangerous to proceed. As she led fugitives across the Canadian border, she would call out, “Glory to God and Jesus, too. One more soul is safe!”

Assagioli writes about how the highest forms of humanitarian and social action can have a transpersonal character. These actions are motivated by the Transpersonal Will and are often against one’s personal instinct for self-preservation. Assagioli writes as if talking about Tubman herself:

“These actions may involve courage, hardships, sacrifices, risks. They may be prompted by selfless devotion and active consecration to an ideal or a cause, and can reach the peaks of true heroism.”

Tubman’s visions only began after deep suffering and a near-death experience. When she was in her early teens, she was struck in the head with the full force of a 2-lb (1 kilo) iron weight. While a slave, Tubman had been sent to a store on an errand where she refused to tie down an enslaved man who was trying to escape. As the man flew out the door, the overseer hurled a weight at the escaping slave, missed and hit Tubman instead. The impact broke her skull, yet she was forced to return to work in the fields, laboring with the blood and sweat pouring down her face until she could not see.

Afterwards, she was plagued by headaches and sleeping spells. She often fell into a deep sleep in the middle of a conversation and could not be roused awake (probably her injury had induced a kind of epilepsy accompanied by seizures). During these sleeping episodes, she first had her inner visions. These visions, her portal to God, directed Tubman’s actions for the rest of her life.

Although Tubman did suffer a serious brain injury, one needs to acknowledge the true relationship between illness and mysticism. Tubman’s continual headaches could have also been a direct consequence of her intense spiritual life, just as athletes’ intense muscular exertions can lead to physical injuries. 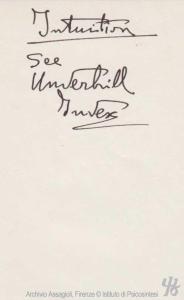 Assagioli’s note from his Archives.

In Mysticism: A Study in Nature and Development of Spiritual Consciousness (which Assagioli studied extensively), Evelyn Underhill writes that physical disturbances often accompany mystical experience. This reality is little understood or acknowledged to this day. St. Teresa of Avila has been called the “patron saint of hysterics” and St. Paul deemed as an epileptic. St. Hildegard suffered migraine headaches, and Plotinus, St. Bernard, Saint Catherine, St. John of the Cross, and the Sufi poets Jàmi’ and Rūmī all suffered from bad health. As Underhill writes:

“Their mystical activities have generally reacted upon their bodies in a definite and special way; producing in several cases a particular kind of illness and physical disability… caused by the immense strain which exalted spirit puts upon a body.”

Tubman’s fluttering heart always notified her when someone or something was a threat. She believed these physical symptoms to be messages from God. Her name was Harriet Tubman, but this remarkable woman was also called: Araminta Ross, Minty, Moses, A Black She Moses, General Tubman, and Mother Tubman. Perhaps we might also now honor her as Great Mystic.

Note that my information about Harriet Tubman came from She Came to Slay by Erica Armstrong Dunbar, Simon and Schuster: New York, 2019.