The Self is Dual in Nature – Personal and Universal

According to his theory of psychosynthesis, the Self is a transpersonal center, a “unifying and controlling Principle of our life” (2000, p. 21, author’s italics). Paradoxically, the Self is both personal and universal—that is, dual in nature. Assagioli also maintains that the Self has a Transpersonal Will which is “an expression of the Self and its action is felt by the personal self as a ‘pull’ or ‘call’” (2002, p. 113). In this way, the Self often compels the personality to express beauty and actions that involve sacrifice, hardship, risk and courage. 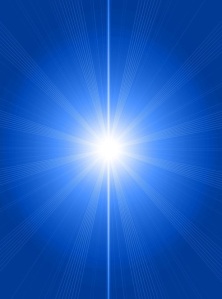 The Self is an Experience

The Self Crosses Religion Beliefs

Assagioli repeatedly stated that his principles and methods were based on solid personal experience (Haronian, 1976, p. 17). In fact, the Self is a direct human experience which has been expressed in various religious domains but is, nevertheless, not necessarily religious, dogmatic, or tied to any specific symbolic forms. Its reality has been testified to by a vast number of individuals throughout history and across cultures. Referred to as “transpersonal experiences” by Assagioli, the experience of the Self is universally described as being accompanied by the characteristics of joy, depth, ascent, expansion, empowerment and awakening (Assagioli, 1993, pp. 26-27).

Abraham H. Maslow (1968, 1970), a pioneer in humanistic psychology, described such experiences of Self as “peak experiences,” which he associated with extreme inner health. He described them as including temporary disorientation with respect to time and space, feelings of wonder and awe, great happiness, and “the conviction that something extremely important and valuable had happened, so that the person is to some extent transformed and strengthened in daily life by such experiences” (1970, p. 164).

The Self is Experienced – not Demonstrated

Viewed in this way, transpersonal experiences are far removed from Freud’s belief that they are merely the neurotic sublimation of the sexual urge or regression to the postnatal stage of development (Freud, 1961). And while science and our rational selves might demand that we quantify and measure these experiences, Assagioli insists that the Self does not need to be demonstrated, but is a fact of consciousness that contains its own evidence and proof within itself. The experience of Self is similar to experiencing:

…a color, sound or feeling. It is neither possible nor necessary for anyone to ‘demonstrate; the sensation of redness or greenness, joy or pain: for those who experience such things they are a psychological reality (1993, p. 23).

Assagioli, Roberto (2002). The Act of Will. London: The Psychosynthesis & Education Trust.

Maslow, Abraham H. (1968). Towards a Psychology of Being. New York:D. Van Nostrand Company.