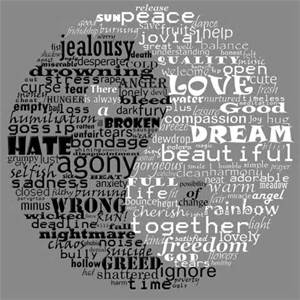 He was a big, well-built man with thick thighs like huge whales, breaching towards the airplane seat in front of him. He ended up sitting in the aisle next to me. We were thrown together that afternoon, only after some confusion and switching of airplane seats. Because of his size, I thought he wanted more space, but he quickly confessed he needed to sit in the aisle because he was claustrophobic.

“My doctor says I should see a psychologist, but he also gave me some drops to calm me down.” The words rushed out in a torrid as he jumped up to retrieve the prescriptive drug from his jacket in the overhead bin.

“Well, you’re in luck,” I said smiling once he settled down (sort of). “I’m a psychologist!”

Mario (not his real name) sheepishly grinned and began to explain how he had been claustrophobic all his life. But this tendency had became unmanageable soon after his mother suddenly died of brain cancer. Italian, 43, and intelligent, Mario spoke openly about his anxiety and the difficulty of seeing his mother, at only 60, die within two months time. Every so often his dark brown eyes fell deeply into mine for as long as I could bear their almost desperate intimacy.

Mario spoke English fairly well, and we chatted back and forth in both languages throughout the two hour flight. The flight steward kept checking on him, but Mario was okay. Talking seemed to calm him down (along with the drugs). For me, it felt like the old days when you would easily have a conversation on the plane with whomever happened to sit next to you.

But I was soon struck by a terrible paradox. The war paradox. Mario was traveling to the Netherlands on business. War business. He was an engineer who designed, tested, and maintained the radar equipment on the tanks being used in the Middle East. The company he worked for was in Italy, and he was traveling to the Netherlands to test the radar software. Later he would spend time in Lebanon, Syria, Iraq, and Afghanistan teaching the Italian, British, US and Dutch armies how to operate the equipment.

Suddenly it was right in my face. Just how global this terrifying game is. How all these countries are involved. How much time, effort, and youthful talent is maintaining the cycle of death. How much better these creative energies might be spent.

Mario seemed to be a kind person. He was sincere about who he was and his inner struggles. He told me how, the day before, his grandmother had made him homemade lasagna for dinner, “Because they don’t feed you so well in Olanda.” He admitted he felt guilty, even responsible, because his mother had died. He longed to be “normal” again, to not have to rely on drugs to stave his fears.

Mario was one small human being of many caught in the war machine.

I had only to think of the words of Etty Hillesum[i]:

“I try to look things straight in the face, even the worst crimes, and to discover the small, naked human being amid the monstrous wreckage caused by man’s senseless deeds.”

The paradox of war is that the worst and most monstrous of crimes are created by small, naked human beings. Human beings trying to make a living, mend their broken lives, have a family, be happy. It is strange to think of war as a consequence of small acts by complex, confused, and even sometimes good-hearted people.

Thankfully, peace is generated in the same way. One naked human being at a time. Starting with our own disheveled hearts and souls. As Hillesum also wrote:

[i] Etty Hillesum was a Dutch Jewish writer living in Amsterdam during the years before World War II. On September 7, 1943, she and her family were placed on a transport train to Poland. She died in Auschwitz at the age of 29. I highly recommend reading her inspirational diary and letters which are full of deep spiritual wisdom.